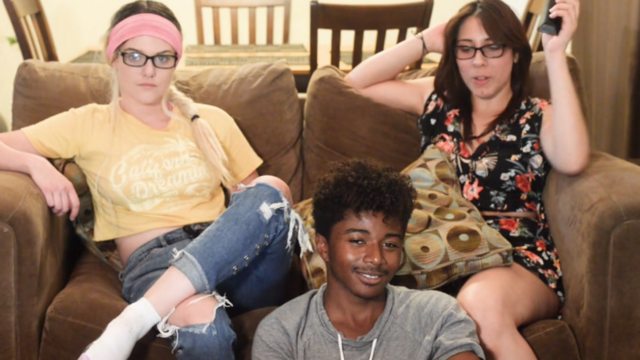 Monster in the Hood

By Brandon Ladson with 5.5

When Lucy and Dennis choose to take it upon themselves to kill their neighborhood monster, the dreaded Norman, what (mis?)adventures are in store for them? The short film maps the consequent developments and throws in together the most disparate elements in the process. The story is essentially of one night, with a few crucial moments from before and after, as the two characters go about their mission to finally bring down the monster which has led to pain and loss in both their lives.

Along with an atmosphere of foreboding, the plot wants to invoke humour as well, as it takes us into the many conversations the characters have all through their day. It further wants to portray how urban legends are exploited by some, but the truth eventually surfaces, to clear any clouds of darkness that may have formed so far.

The film concocts an entire story around the experiences of primarily two characters, but could have perhaps spent more time on fine-tuning its sound. Overall, the story invokes familial values, avenging your loved ones and finding companionship in one another even during the most unlikely journeys. Additionally, the character of Lucy and the actor playing it are especially sweet, allowing the film an endearing protagonist.
Read Less