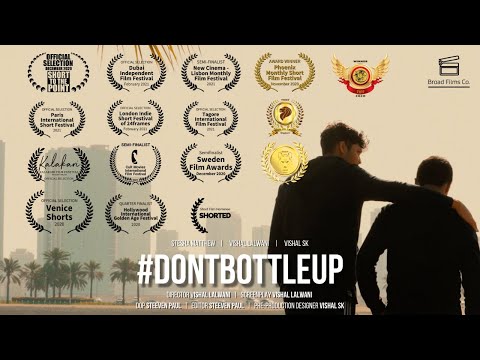 By Vishal Lalwani with 6.5

The inability to share or reach out to another person during moments of despair might often lead to severe mental and emotional strain. Someone who battles their struggles alone, without being able to share it with their loved ones, whether by choice or not, often find themselves isolated further, leading to a vicious cycle.

The short film wants to be an exploration of the same concern by taking the viewer into the life of its protagonist who finds himself unable to be present with his family or participate with his friends. As he mindlessly glides from one situation to another, finding it immensely difficult to stay afloat, the film invokes a conversation around the importance of mental health and reaching out to one another.

A notable aspect of #DontBottleUp remains its visuals which exhibit potential, along with the energy put into performance, paving the path for more such projects by the team in the future.
Read Less