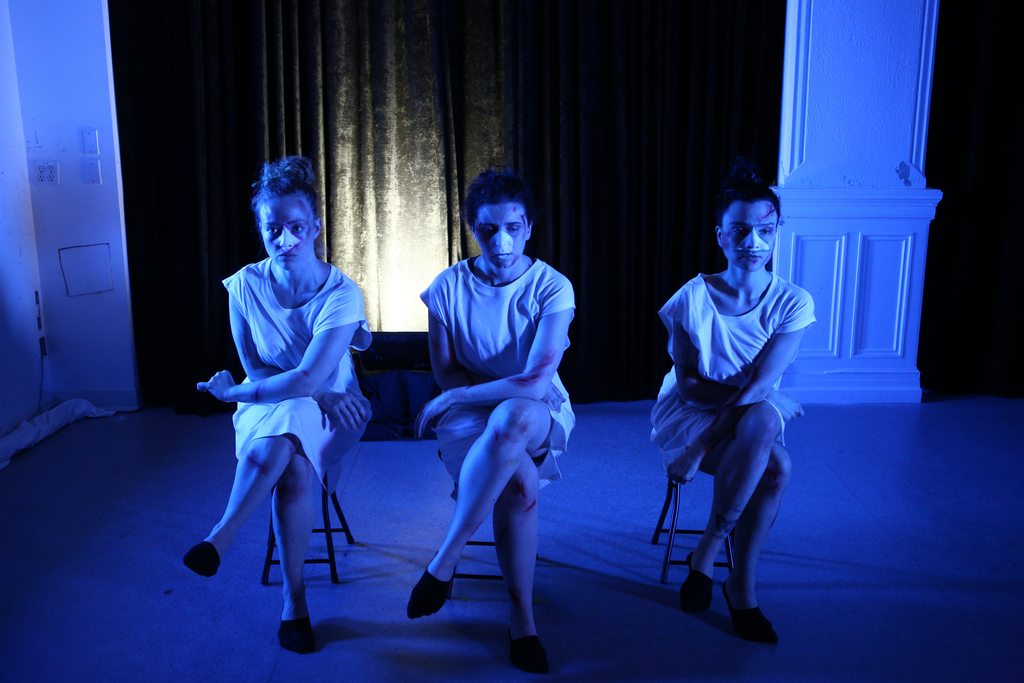 The entirety of the narrative of 'Wreckage' operates within the space of metaphors and symbolism. The events and ideas that constitute it are expressed by employing the skills of a mime artist, and dancers. It further wants to tell a story of abuse, oppression and confinement.

A jailor abuses and exploits the inmates of a prison. The women refuse to be subdued, and put up a fight, resulting in the consequent push and pull of control. However, the abuser is ruthless in his attempts, and thus manages to overpower his victims.

Though marked by rawness, the physical space that is conjured to communicate all this remains consistent and fixed throughout. While it could be a result of a logistical challenge, it can perhaps also be seen as a metaphor for the confinement the three women find themselves battling. When an escape finally arrives, however, would it be what they expected and hoped for?
Read Less