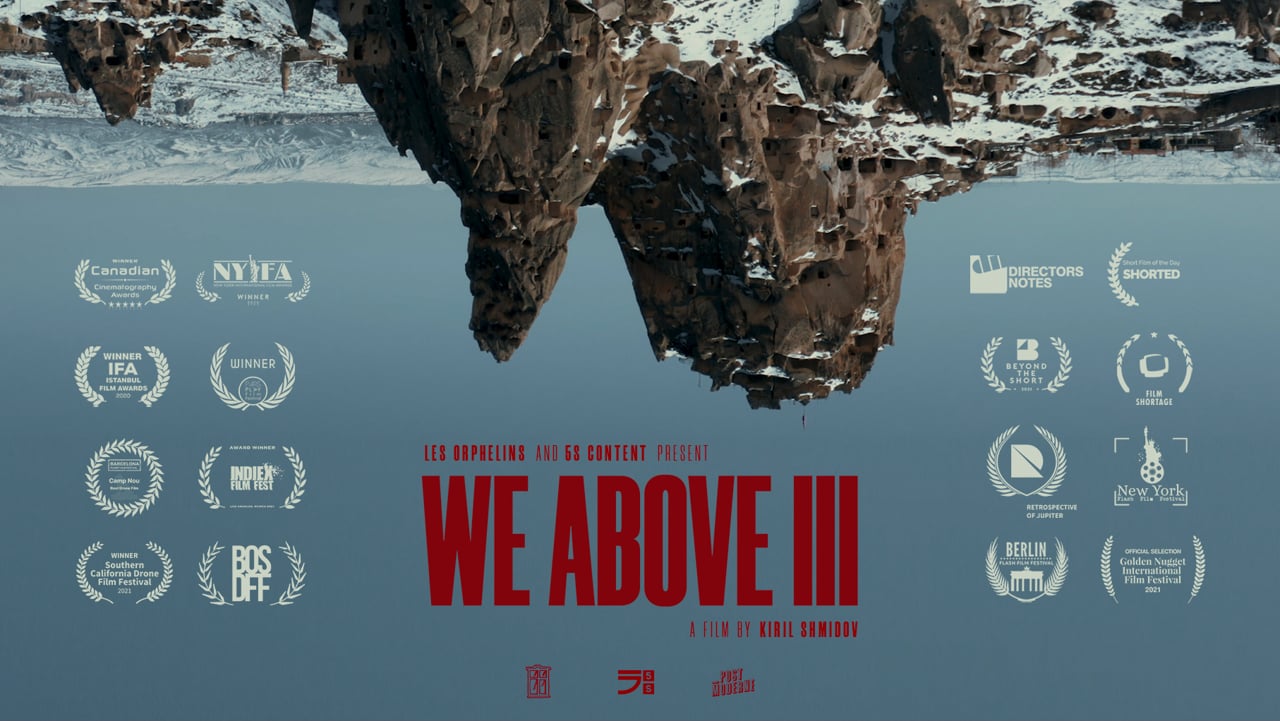 The third instalment in a series of drone shorts, We Above III is a stunning visual feat, achieved beautifully with a strong edit and a complementary background score. Each of these three elements is a force to reckon with, packing a complete powerhouse within the crisp, concise narrative of the film. The landscapes the visuals cover are far and wide across the globe. From Turkey to Ukraine to Russia and Siberia, to name only a few. Throw in China, Tibet and Mongolia as well and the viewer only begins to touch the tip of the massive iceberg that is this film.

It should be noted at this juncture that We Above III does not simply capture nature's mammoths of beauty, overwhelming and towering over humankind's transitory existence. Before you are even able to dabble with this strain of thought, we are introduced to human-made structures, threatening to engulf the horizon they are positioned against. However, in the process, the film becomes an encapsulation, perhaps even a quiet dedication, to the cabin fever that was 2020. Shot at the beginning of the pandemic, the visuals do a remarkable job of not only portraying nature in all its overpowering glory, but also to bring in a sense of despondency from the images of ghost cities and iconic tourist spots that now remain staggering in their emptiness.

Aerial shots of desolate landscapes, untouched by human intervention, reign true and free in this remarkable visual narrative, their presence only disturbed by the juxtaposition of human structures. The background score of the film, a fitting cover of Pixies' iconic Where is My Mind by Safari Riot, forms its calm, sturdy backbone. Becoming the most organic, natural sound to the breathtaking visuals before you, it finally leaves you with the question that now, as the world comes out of the indoors it was predominantly confined to in 2020, and gets a taste of the endless outdoors it was left only dreaming about for an entire year, where truly is your mind?
Read Less