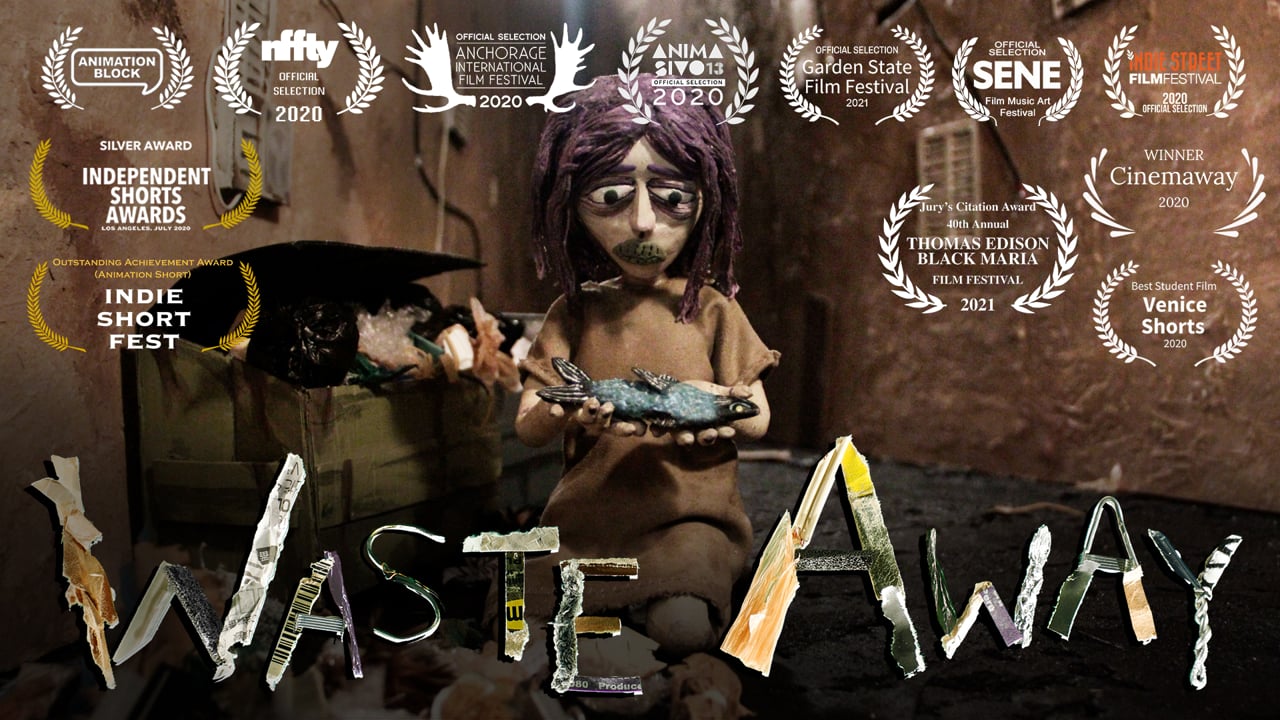 Amidst steely, man-made contraptions of a concrete jungle, complete with abandoned objects and an environmental malady that continues to grow exponentially every day, Waste Away locates its explorations. The first handful of images, all exhibiting investment of meticulous thought, are sufficient to set a horizon of expectation in place for the viewer. The stop motion, though marked by its inherent surrealism of story and plot, draws the viewer's attention to a grotesque reality of urban progress and development.

The narrative follows the experiences and struggles of a solitary figure, a woman who perhaps becomes an embodiment of the isolation that marks city life. Stumbling upon a rejected fish from a household, one that successfully portrays for the viewer an image of apathy and destructive indifference towards a dying planet, she eats its whole. This, in turn, ensures another series of the most unexpected events.

Through her desire to not give in even in the face of extreme pain and physical discomfort, the protagonist further comes to offer a metaphor about the forever waging battle of the planet to still fight for the health of its choking oceans. While people may have managed to lose their sense of humanity and kindness towards each other, allowing existence to adopt a doleful tone and pace of its own, there is one final attempt by her to not relinquish just yet. This echoes perhaps a similar imagined message of the planet which still fights fiercely to sustain and harbour life within its seams, thereby allowing the film to communicate an impactful message especially relevant in contemporary times. On the whole, the story engages with several themes - those of motherhood, urban decay, environmental destruction, and succeeds at communicating its interactions with each of them in a notable manner.
Read Less