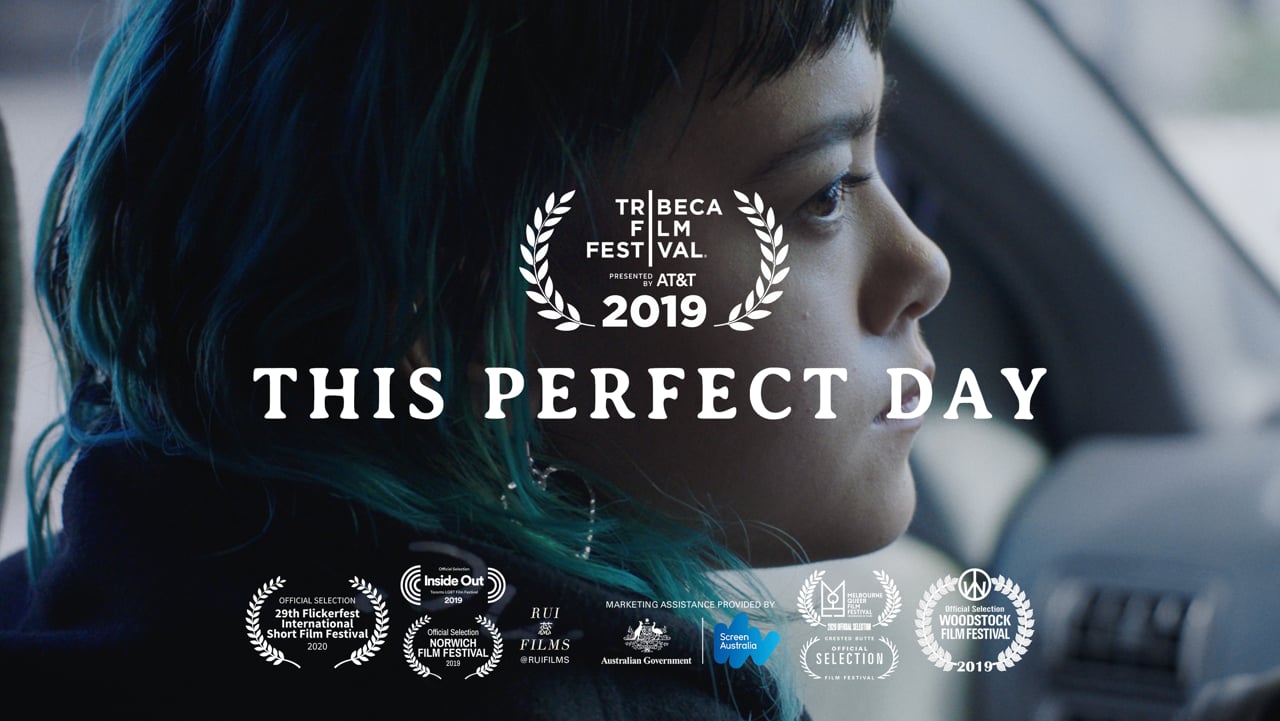 As the name suggests, the entirety of the narrative is about a single day in the protagonist's life, rather only a couple of minutes. The tight, handheld opening visuals do not immediately give away what the story is going to be about. It takes its time gradually drawing you in, and revealing itself in a beautifully careful and calculated manner. The film deals with deep emotions, but adopts the most quiet and nuanced tone for their expression. The sense it invokes is of a soothing experience, despite the moving nature of the subject at hand.

The story is going to be about a young woman who has come to a place with her girlfriend for an important event, the viewer soon realises. She walks into a music store where the only other person present is the owner. The narrative then unfolds to reveal the poignant thought that forms its premise, essentially a story of the many complexities of love, yearning, loss and perhaps a reunion?

Despite its brevity, the story encompasses several emotions in a wholesome, complete manner and takes its audience along, allowing them to participate in the experience of its characters. It maintains its pace most effortlessly, further supplemented by the performances, chemistry of its characters and sophisticated camerawork.
Read Less