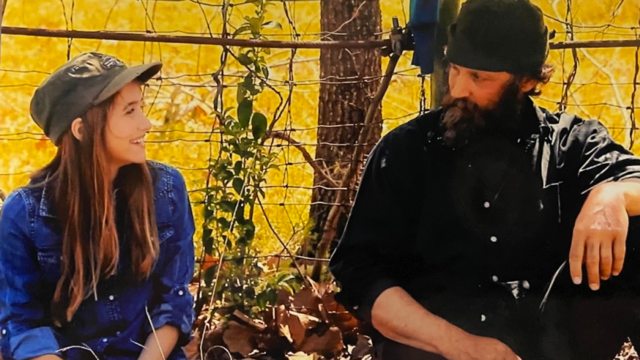 By Katt Gilcrease with 6.5

The film presents to us an unlikely relationship that develops between a cheery girl, Alex, and a man who lives in a makeshift box in a park, Wilbur. Their first meeting is far from perfect with a child constantly pestering a disgruntled adult with her questions. Somewhere in the process of the latter trying to get rid of the former, even in the face of her obstinate refusal to leave him alone, their bond comes into being.

While Alex lives a life of absentee parental figures due to loss and illness, Wilbur too has left behind his own family of a wife and son. Without stating it explicitly, the narrative portrays for us how the two characters fill this hollow space in their lives with each other. Soon displeasure is replaced by cheer and laughter, and yet, this state of bliss is only transitory. In the process, the film becomes an endeavor in conjuring an entire spectrum of emotions. From humor and a sense of playfulness, to tragedy and loss, it weaves them all within the plot.

The storytelling exhibits potential, and a sincere desire to share its intentions. However, the film shows a want of tighter control in its technical department. If the same is ironed out, it is a welcome prospect to interact with more such projects and films by the team.
Read Less
Gender women pandemic society education baseball