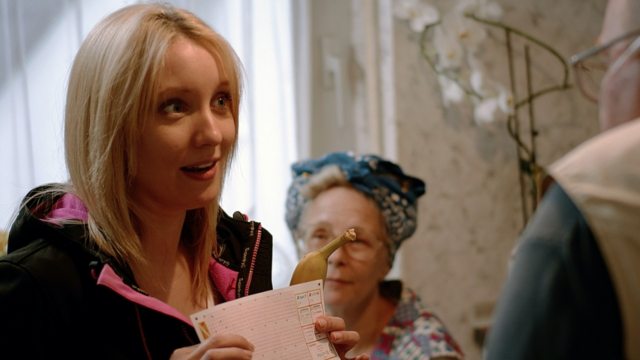 The Ticket to Be

By Joachim H Böttcher with 6.4

A family's financial trouble, a lottery ticket and a young woman's dreams - these are the predominant elements that constitute the endearing story of the short film. Right at its opening, the viewer is informed of the several obstacles that the family battles, those that could simply be overcome with money. The narrative also establishes a picture of familial bliss and affection between its characters.

Debby has an important football match, but has also been given a supremely important task by her grandmother, one of submitting her lottery ticket before seven in the evening the same day. Due to a twisted turn of events, the girl fails to meet the closing time only by a few minutes, and returns home disappointed, worried about breaking the news to her grandmother.

Matters come to a head as the lottery numbers begin to be announced on television, and Debby's unease continue to increase. What will truly be the fate of this family? The short film, marked by its expert camerawork, is a simple and honest story of a household which could be true of anyone and therefore should be viewed through that lens, minus expectations of grandeur or loftiness. What it guarantees to the viewer, however, is an answer to this question within its folds.
Read Less