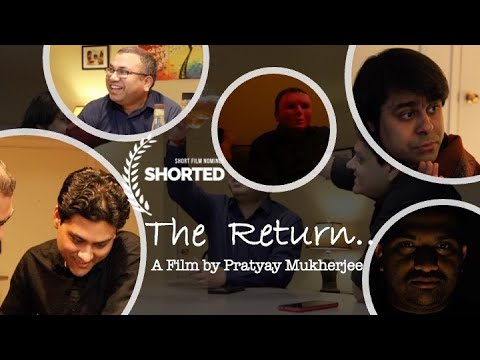 By Pratyay Mukherjee with 5.9

The short narrative wants to be a conversation around the ideas of homesickness and longing for a place left behind, and everything that it comes to stand for in the protagonist's present. As he draws a comparison, along with his friends during a dinner party, between the advantages and disadvantages of living in the US and in his native India, the entirety of the story plays itself out.

From being compelled to wear masks in a society that is only selectively accepting of the self, to yearning for a close-knit familial structure, from the sanitized existence of Silicon Valley, to the manner in which all of it can mould his children's future, various concerns are raised and delineated. In the process, there is also the mention of an old friend who still lives in India, while the protagonist stays thousands of miles away from him.

As the plot inches towards its conclusion, a dark and shocking revelation awaits both the viewer and the protagonist. The final result endeavors to be passionate and dedicated in its storytelling, but perhaps could have gained from a little closer attention to its visuals and narratorial progression.
Read Less