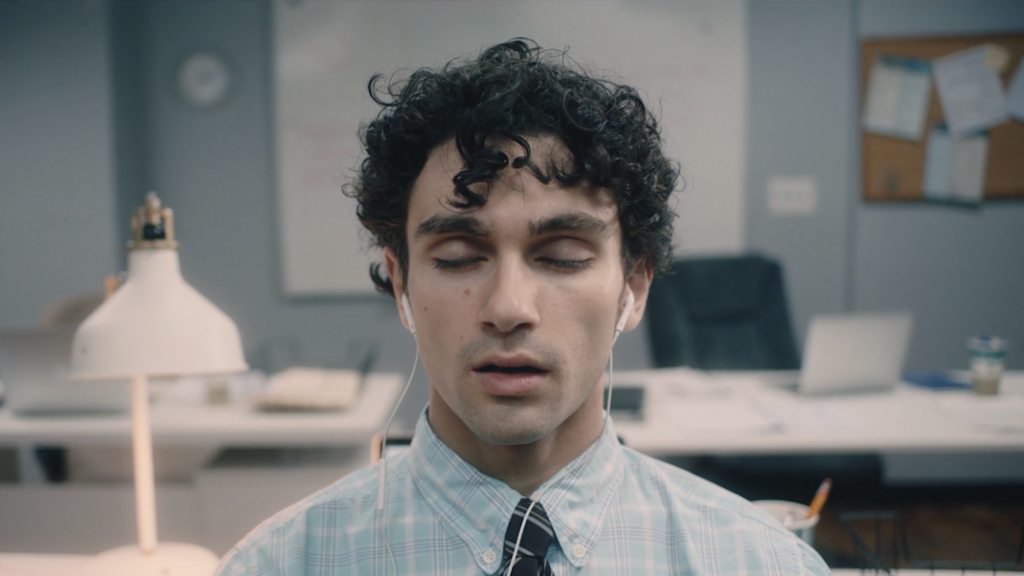 The world of The Meditater [sic] loves its potatoes and there are no two ways about it. With that out of the way, let's proceed. The audience is introduced to a nervous, unsure protagonist in Bennett, a fresh college graduate stuck in an abusive, unpaid internship.

As his financial woes continue to mount in the face of an exploitative job, and his living quarters confined to a dismal corner of his cousin's kitchen, some terrible developments await him in the face of seeking peace. The voice of his meditation app acquires an identity of its own, ensconcing itself deep within his mind, sharing instructions and suggestions even when Bennett is not plugged into his phone. The absurdity and ridiculousness of the suggestions, especially amidst rising tensions, only serve to echo one of the thematic concerns of the narrative - the futile attempts of holding it all together with a puny band-aid when the whole system is collapsing and bleeding profusely under systemic oppression of capitalist structures.

The pursuit of 'inner peace' in a world which deprives its young people of basic financial ability to secure a roof over their heads or buy something as simple as an ice cream ensures that the comment is loud and clear in its articulation. The portrayal is especially commendable in the manner in which it shares all of this with a generous sprinkling of humor. Without making itself overbearing, the film presents forth the comment, the role of the ubiquitous presence of potatoes within it, and all that they collectively mean for our hapless protagonist.
Read Less