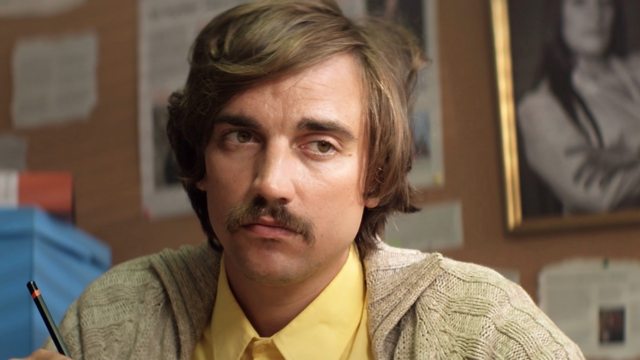 The Man Who Wouldn't Cry

Based on a short story by Stig Dagerman, The Man Who Wouldn't Cry is a wonderful union of pastel colors, satire, absurdity, the skewed standards of society, and a hapless protagonist who finds himself at the receiving end of it all. After the passing of a famous actor, Henrietta, an ad agency is consumed by their public (and perhaps borderline histrionic) display and expression of grief. To the viewer, this expression remains markedly superficial and disingenuous, meant more as a performance and outward appearance than bona fide sorrow.

Martin, an illustrator at this agency, does not subscribe to the said practice. Needless to say, this does not sit well in a world that is determined to make everyone part of the same herd, be it in the form of social media opinions, or the reputation of an ad agency which eventually comes to pivot on Martin's grief (or the lack of it thereof).

As the film portrays all of these thematic concerns, it comes to exhibit unique storytelling and a refreshing, exciting approach. There is further a mirror held up to those disconcerting aspects of society that are so resolved to make someone grieve, a man who is deeply uncomfortable with sharing his emotions in the presence of others, that they indeed force him to the point of tears, albeit for reasons far beyond their comprehension.

The world of the film is beautifully constructed, with each performance exhibiting finesse and sophistication. This is tied with the dreary reality of Martin's world, not vastly different from our own of social media updates and online documentation, delineated through the choice of fun, perky shades, but those that only serve to accentuate the contrast between Martin's internal and external reality further.
Read Less