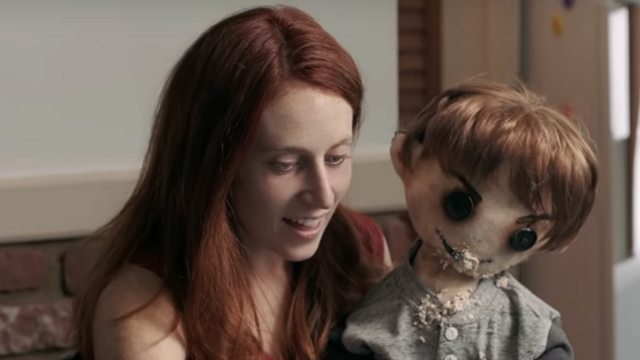 The short film is a skilfully disconcerting exploration of maternal love and the disturbing manner in which it tears a family apart. It opens with a grim shot of a red-cheeked child in a coffin, invoking a sense of morbidity that would come to haunt the entirety of the narrative. Unable to let go of their dead son, the couple finds itself making their way to a doll-maker. The latter can briefly make them forget about the death of their son, with a fair warning to never let the illusion overpower their sense of reality.

As a horror story would have it, the characters of course overlook the warning, or find themselves incapable of paying heed to it, leading to dire consequences. The Dollmaker is a deeply engaging story, sure to satisfy admirers of horror and otherwise. Albeit not entirely fresh, it is an interesting and engaging comment on the indomitable human desire to bring someone back from the dead and to seek transitory relief, as illusory as it might be, from loss and pain, even at the cost of complete self-annihilation.
Read Less