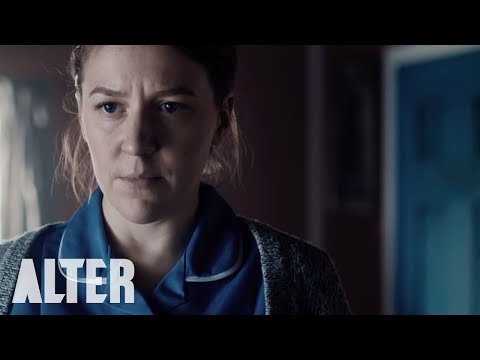 Whether or not the film intended it, it manages to convey more than a single story through its layered narrative. A nurse, played by Gemma Whelan of the Game of Thrones fame, finds herself making her way into an eerie house which is in a state of complete abandon. The only other inhabitant of it is her patient, a bed-ridden, elderly woman. The film builds itself slowly, maintaining a pace which strikes the right balance between revealing and concealing adequate amounts of the plot.

As the nurse gets to taking care of chores and looking after her patient, she stumbles across a door which wasn't previously visible on the wall. Just when she is about to succeed at opening it, indistinct noises from inside forces her to not only shut it tightly, but block its path completely to ensure it never manages to open itself.

Of course this isn't the end of the road for our protagonist, instead only the beginning. The door begins to follow her around the house. However, her most difficult obstacle is perhaps something else, as suggested by the haunting, most jarring climax and the conclusion of the film. Additionally, the image of the door struggling to open itself, but constantly being pushed back by the protagonist in her fear of the unknown, becomes a notable message about one's internal struggles to shut out what is unknown to them, even if it potentially holds the key to their escape from a far more horrifying situation.
Read Less