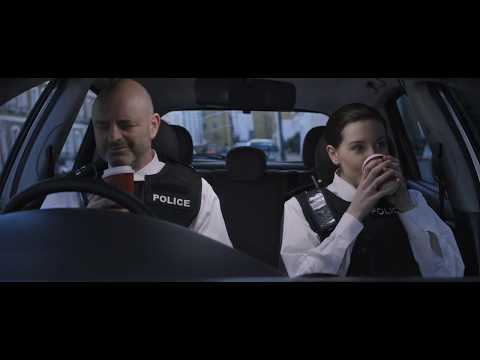 By Charlotte Regan with 7.2

The story of the short film is simple and straight. It is told with a crispness (of acting, editing, pacing of the structure), with not a single moment wasted on any redundancies, that succeeds in making Standby a deeply endearing watch. The narrative is about the shared space of two cops as they go about their daily duties.

From an awkward start to their relationship to all the warmth, concern and mutual support it comes to stand for - the film portrays it all. This storytelling is further enhanced by an efficient utilisation of the limited resources of space, albeit self-inflicted by the narrative, that holds the viewer's attention throughout.

Visually the film is achieved primarily within a single, fixed frame of the front of the car of the two characters, Gary and Jenny. While they keep moving with the occurrence of different events in their lives, the camera remains at the same spot throughout. Seamless editing further ensures that this does not become repetitive, while also allowing the film to be a humorous, touching watch throughout.
Read Less