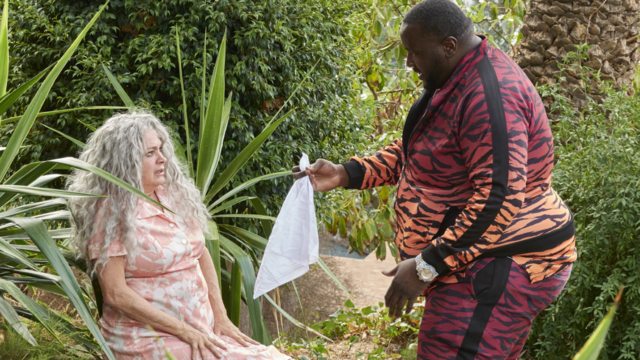 Stairway to the Stars

By Lorenzo Destefano with 6.6

On a beautiful, bright day in Los Angeles, the film introduces us to Lavergne and Tony, two friends who have come together in an unlikely fashion, and are now undertaking an even more unlikely endeavor. Much to Lavergne’s dismay, she has been talked by Tony into climbing over two hundred steps over a steep hillside, despite all her protests and complete lack of confidence in her physical abilities.

The situation comes to be marked by a sense of bizarre and the absurd, but one which only works in the narrative's favor. In the process, we are also introduced to Lavergne’s internal struggles and conflicts which have left her in a state of complete despair. Tony, however, will accept none of it, and therefore, in forcing his friend up the steps, he continues to reject and contest all her ideas of hopelessness with his own positive assertions and reminders.

We are thus presented with a lovely portrayal of friendship, and the extent of its power to bring someone back from dejection. While both Tony and Lavergne may have their own physical obstacles to overcome, their approach remains crucial in overcoming them. The story is lucid and uplifting, even if the narrative could have gained from a little tautness. The final result remains heartwarming, and a sincere ode to the city of Los Angeles.
Read Less