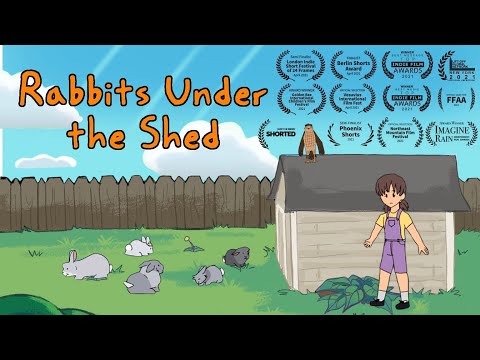 Rabbits Under the Shed

The film locates itself in a world of talking rabbits and vegetarian hawks. The animation is simple and sweet, especially in the educational message it carries for primarily a young audience, but also for anyone who would listen. From openness to change, to the ability to trust each other, the film invokes them all. There is further a discussion about caution, and also keeping it in check, away from the territory of paranoia.

When it comes to humans and their equation and interactions with the family of the five rabbits at the heart of the story, the viewer is introduced to a little girl called Natalie. Like any other child, Natalie has a conflicted relationship with broccoli, dreams of adventure and the ability to be able to explore a world where she does not have to eat green vegetables, and is finally allowed to truly be at ease with her freedom.

As the paths of all these characters cross, an informative narrative is conjured for the viewer's benefit. Lessons are invoked about your location in the world, making the film an endearing story of kindness, acceptance, innocence and familial love.
Read Less