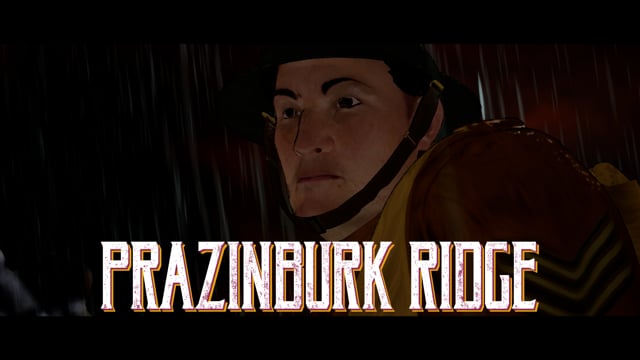 ‘Prazinburk Ridge’ brings to life a poignant true story from the First World War, and does so with tools that completely eschew sentimentalism, a characteristic that often weighs down stories dealing with similar subjects and themes. On the contrary, it presents a sophisticated, moving narrative about the courage of Douglas Clark, a celebrated English football player who was enlisted in the national armed forces during the War.

Intrinsic to the narrative are ideas of resilience and bravery, even in the face of mortal peril. However, what works most beautifully when it comes to the narratorial progression, ensuring each of these emotions and sentiment is allowed the attention it deserves, is the animated treatment by the one-man-crew of the film.

An Impressionistic visual style of dynamic boundaries, devoid of harsh, fixed lines, portrays the film’s reality for us. Despite the grimness of the subject, the loud riot of colors before you keeps your attention engaged throughout. The filmmaker’s intentions are painted using a 3D graphics program, Unreal Engine, further exhibiting a true triumph for animation storytelling, while also ensuring that this particular narrative that hyper-localizes itself to a single moment during the First World War, stays with you long after you are done interacting with it.
Read Less