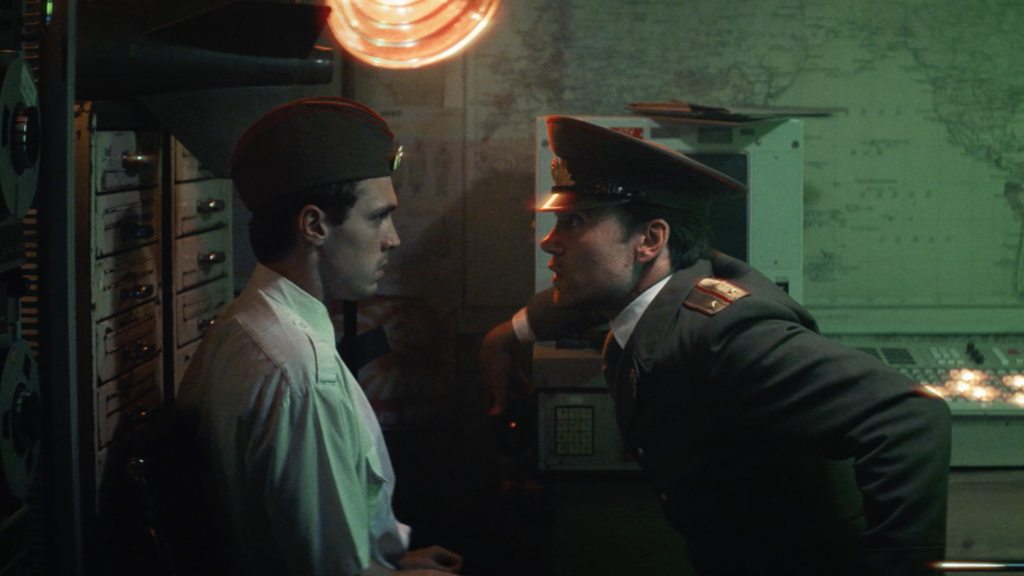 By Thomas Wheeler with 7.1

Who doesn’t love an alternate take on history, one that asks of you what it could have been had the world launched itself into a nuclear war in the 1980s? The short film employs the question as its premise, and explores the 1983 Soviet nuclear false alarm incident, presenting to you a situation where things are escalating in a manner far from how they progressed in the real world.

The result is an entertaining, humorous and engaging story about the chaos that unfolds inside a Soviet communication bunker. Officer Krovolov and his intern Vlad are presented with a high-stakes circumstance, and thus begins their misadventure of accidentally launching Soviet missiles in retaliation to a false US threat. As the duo tries to figure out the mess at hand, the smug, self-assured officer, along with his sincere subordinate, finds himself getting entangled with a high-strung Moscow office, and a drawly, indifferent US official.

The many antics are tied together as a whole that is lean and efficient in the space and the cast it utilizes, all along keeping the viewer engrossed in the fate of the characters, and of the world they are located in.
Read Less