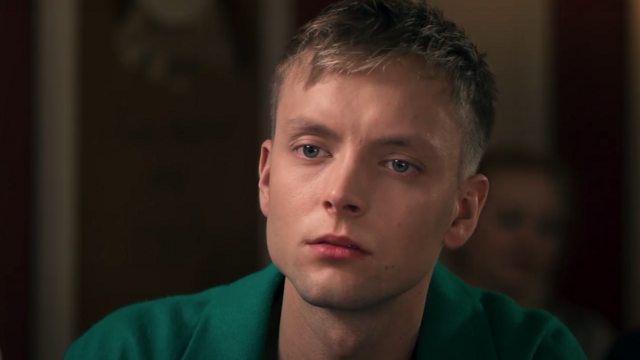 Christoph and Philip, a pianist and an adult industry professional, share a beautifully affectionate marriage. This is precisely why the heartache of still having irreconcilable differences of opinion over the latter's choice of profession makes it a concern that compels the viewer to be deeply invested in the various ups and downs of their relationship.

Only Human (Bytost) brings to life a sophisticated union of vulnerability and protectiveness in Christoph who is further disturbed by the medication that Philip is required to take for his job. As their differences turn into massive fights, a far bigger tragedy awaits the couple. The cinematography employed to portray all of these dynamics, complexities and nuances of a marriage is poetry in itself. It ensures that the non-linear narrative is successful in invoking a recent past of trauma and tragedy that has given way to despair, heartache and grief. Through its treatment of pain that is left in the wake of loss, there is an engagement with bias - towards homosexuality, and pornography and those who work within the field, further allowing the film an added layer in the treatment of its thematic concerns.

Lastly, there is the attempt to invoke a sense of being trapped, stuck in a vicious cycle one might find themselves unable to break out of, often making them feel like they do not belong to this mortal realm of humans. However, the film's loud resounding message is that we very much do. Irrespective of how humongous our tribulations might seem we are, after all, only human.
Read Less