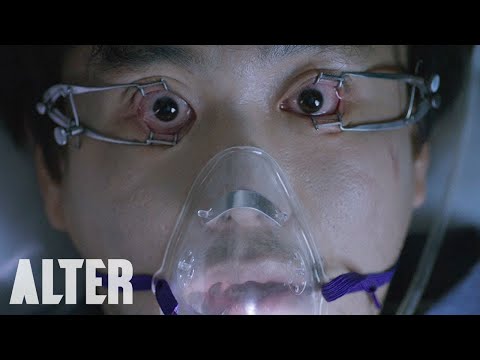 The film exploits its economy of dialogues to a huge extent and disturbs the viewer deeply in the process. Reminding you once again that supernatural is not always important to invoke a deep sense of horror and chills that run down your spine, threatening to consume your being, the film instead employs the darkness of the human mind. It simply rides on objects found in any average household - sewing pins and brooches - to terrify the viewer.

There is no direct act of overt violence, mind you, beyond the image of a man tied to a bed. There is also no ostentatious camerawork or gimmicky plot devices to hook the viewer to the narrative. However, what the film achieves is something far deeper and darker. It shows the complete collapse of a familial space, a structure we are traditionally conditioned to see as a source of warmth and safety. It drives its characters to points of selfish acts from where there is no return in the name of preserving their lives. Based on a true story of a woman who had harmed her family in a similar fashion as the protagonist of the film, Nose Nose Nose Eyes is the stuff of nightmare even fans of horror were too scared to ask for, but were rewarded with it anyway.
Read Less