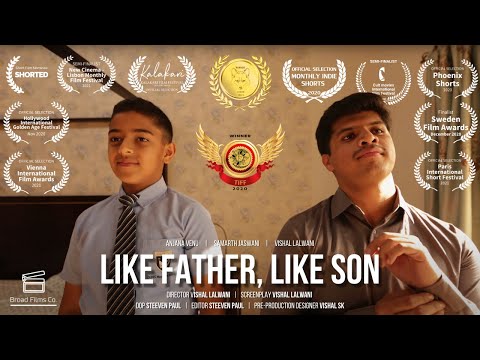 By Vishal Lalwani with 6.1

The film begins as an example of a loving relationship between a father and his son. It takes the viewer into their lives where the latter dotingly imitates all of former's actions. The parents could not be happier and more proud of their child. The narrative ropes in several examples - from dressing and mannerisms to daily habits to portray its intentions.

However, within this seemingly inane story resides an important message, about the absolute importance of adults being the right role models for children. While delineating the several habits that the son has taken from his father, the film shows a very detrimental habit as well that he has picked up. It is in this realisation that the unequivocal social message of the film lies.
Read Less