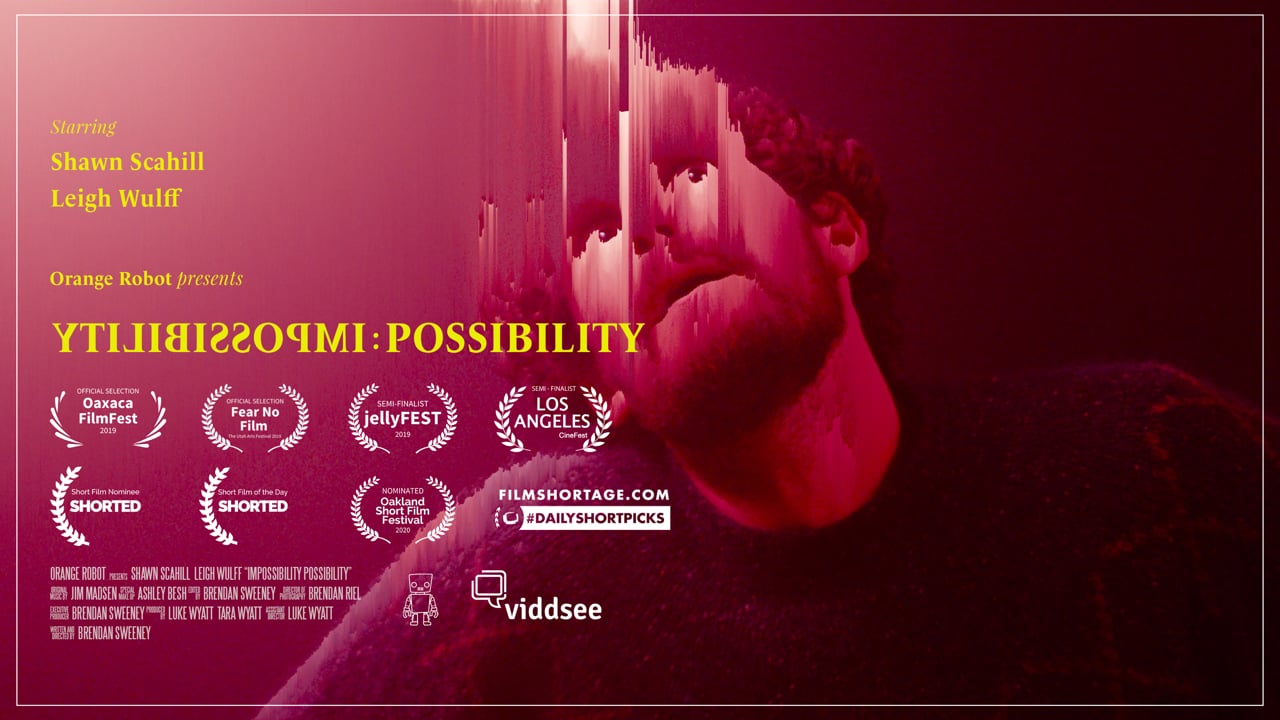 By Brendan Sweeney with 7

The short film exhibits a unique idea, experimental storytelling and seamless editing. The story is of a man who is struggling to cope with the death of his wife, and finds himself taking refuge in revisiting a particular memory of her. The narrative opens with a quote that is a disturbing reiteration of the premise of the film - allowing yourself to be engulfed by a moment of pain to the extent of it turning into an addiction. This addiction, in the process, becomes the only source of joy the protagonist clings on to like his life depends on it, and perhaps, at an emotional and mental level, it does.

Impossibility: Possibility invokes the cyclical nature of addiction, and how, despite the path of destruction it might potentially be leading the protagonist to, it has now become the sole reason of why he gets out of bed every morning. Further, it is an attempt to give a glimpse of the far-reaching consequences of the deep infestation of technology in our lives, while also engaging with a man's attempts to cope with loss, grief and a battle with mental illness. While technology might make even the most impossible tasks possible, are we prepared to face all that it truly entails?
Read Less