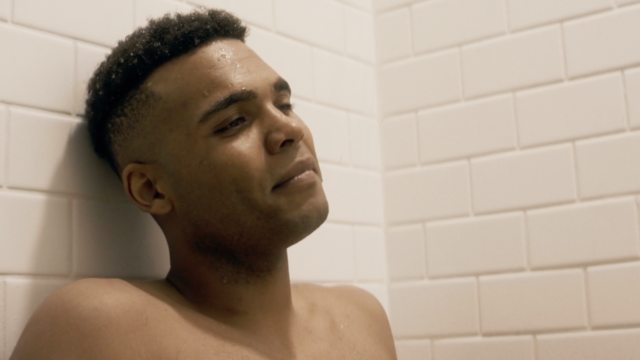 By Aaron Van Maanen with 7.3

The world of ‘Hypodermic’ is constructed meticulously, uniting a sense of endlessness associated with water, and the title's inherent suggestion of it finding a home beneath your skin. The background score too is chosen with care, ensuring that it enhances the story and narratorial progression in a significant manner.

Isaiah, the protagonist, seems to be plagued by a nightmarish reality, an echo of his past that threatens to overpower his life in the present. Despite the attempts of a concerned girlfriend, he is unable to open up about what truly happened, battling, all by himself, the affliction that now casts a long, endless pall on his life.

The story is involving and shocking, leading to a revelation that sustains the drama and suspense built so far. While it shows want of a little tightness in its progression towards the climax, the film manages to pull itself back in position by the conclusion, perhaps even leaving its realm with you long after you are done watching it.
Read Less