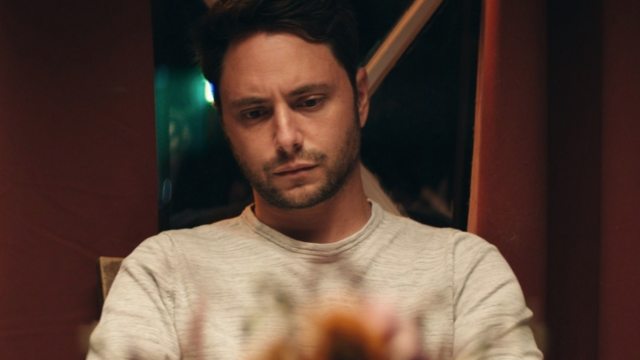 When the film opens, it presents to the viewer a fairly harmless scene where a tune plays on the radio of a moving car. A wolf bobblehead moves to the beat which is suddenly followed by a revelation in direct contrast with the events established till this moment. The voice that fills the car next mentions legal proceedings of a case defined by an extreme act of violence and murder. As the camera pans out to reveal that the vehicle is indeed headed towards a high-security prison, pieces begin to fall in place one by one.

Clayton Teague returns to his hometown after having been driven out thirteen years ago by the stigma that hounded his life following a heinous crime committed by his father. Still struggling with the darkness of the past, which he fears might consume him one day, Clayton now finds himself falling for a woman called Letty who stands for everything that is the opposite of the grimness that has defined his life so far. While the narrative moves back and forth between Clayton's first meeting with Letty and the eventual development of their intimacy and affection, and his visit to his father in prison, the film draws a neat contrast between the potential that the future holds, and the ominous past which threatens to pull him in any minute.

For the optimistic viewer, thus, this becomes a story of the power of love, hope and the endless possibility that await at the horizon irrespective of where the journey may have led one up till this point. Along with this uplifting message, the film also displays skilled visuals which are weaved together notably to bring to life the various moods of Clayton's life.
Read Less