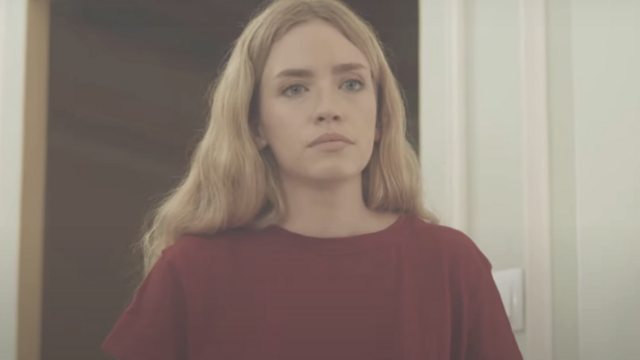 The short film opens with a sense of luxury and opulence that is conveyed to the viewer in no equivocal terms. The visuals are marked by tasteful, even if disturbing, pictures, artistic sculptures and gilded mirrors. A woman makes her way into a room and awaits her companion who would arrive in an hour. The swift pace at which the events are unfolding ensure that this hour is more than sufficient for both the protagonist and the viewer to have a harrowing experience in the room.

The film is an endeavour to explore what it means to be alone in a space and how disturbing this seemingly harmless situation can turn out to be. It employs a mirror and reflections to conjure an atmosphere of uncertainty and suspense, along with using a painting that would become the focal point of all drama and action in the story. The most notable aspect of the film is the performance of its only character who convincingly portrays a palpable feeling of entrapment to the audience. However, in a space where strange occurrences are developing, with no escape likely, what will truly be the fate of the protagonist?
Read Less