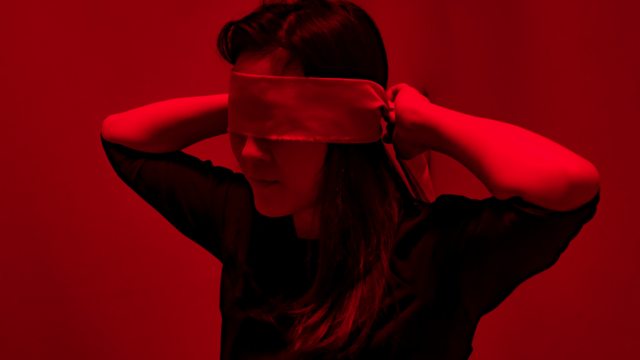 The viewer's first introduction to the significance of red in the film is through the words of the protagonist herself and her evident dislike and discomfort with what the colour stands for - something that denies her what she truly desires. As the narrative progresses, the audience is introduced to her strange living space - one marked by three colours - yellow, blue, and of course, red.

The plot continues to traverse memories and past, as the woman begins to have a conversation with a disembodied voice. Forgotten things, guilt, a love affair, and it's tragic end, all of these are invoked, as the viewer becomes more and more involved in this interaction with her experiences.

The film adopts an experimental approach and meanders through the territory of the abstract to engage with an emotional concern that, in turn, also becomes a social commentary on the location of homosexuality in a conservative, heter-normative society. Conny Fong's performance as Lu Yan comes across as one of the most notable aspects of the film, a product which remains well-intentioned and a sincere endeavour to engage with nuanced complexities of the realm of love, relationships, and perhaps one also marked by an eventual possibility of redemption.
Read Less