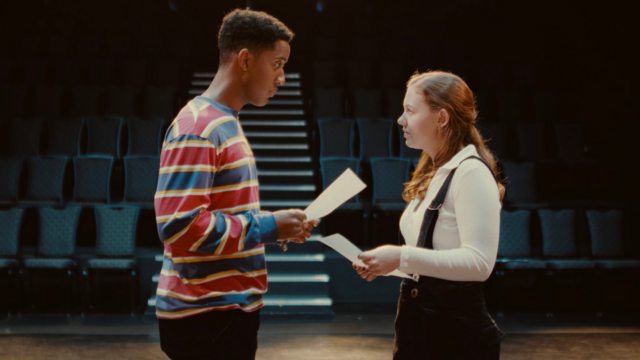 By Taylor Hartley with 6.7

Claire returns to high school after perhaps the most difficult summer of her life. Drowning in the loss of a familial space that she had known her whole life, and the grief that followed this loss, she is unable to invest herself beyond the bare minimum in the school work and activities that await her on this side of the summer. This eventually leads her to a theater class, the main circumstance that would not only dominate the body of the narrative, but also become the focal point on which the most seminal action of the story would pivot.

The narrative that thus comes into existence is one that is marked by emotion, the inability to comprehend or address its complexity for a teenager, and an unexpected sense of hope that is eventually found in confronting it anyway.

The tonality of the film is marked by a calmness that definitely works in its favour. The mellow nature is matched by the visuals which, albeit not devoid of color, remain deliberately understated. The only reservation the viewer might have is that though the story sets out on an important, compelling course, it does not entirely go all the way in terms of execution. However, this is a hindrance that can be easily overcome in subsequent projects by the team, with the prospect of more storytelling by them surely being something to look forward to.
Read Less