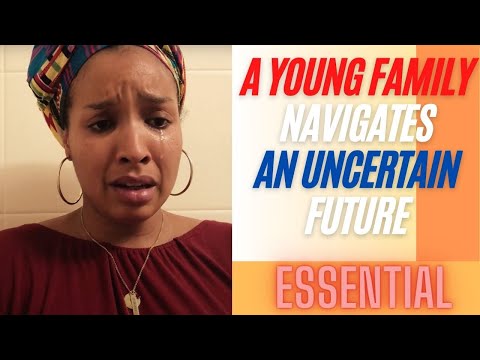 The film draws a parallel as well as finds the overlapping moment between a global crisis and one that unfolds in the private, intimate space of domesticity. The story is of a family which finds itself grappling with not only the coronavirus pandemic and the consequent physical distance between its members, but also emotional distance and the pain it leaves in its wake.

The predominant part of the visuals are constituted by video calls and screens where the characters present their conflicts for the viewer to witness. A man finds himself stranded on the opposite coast from his family. This distance between him and his son echoes one which had existed even before the lockdown. As innocently questioned by his son, who wonders why did he not see his father enough before the coronavirus locked them inside, the plot presents the audience with its core concern - tackling emotional complexities that come to constitute relationships.

The film is a zealous attempt to tell a personal, but relatable story located in a world that is ravaged by all kinds of obstacles, especially those that stand in the path of reducing the distance between our loved ones. There is also the suggestion of perhaps attaining a realisation that could have only been achieved during a time as unprecedented as a pandemic, and it is in that, in a time of intense tribulations, that love and hope truly shine through, the narrative seems to suggest.
Read Less