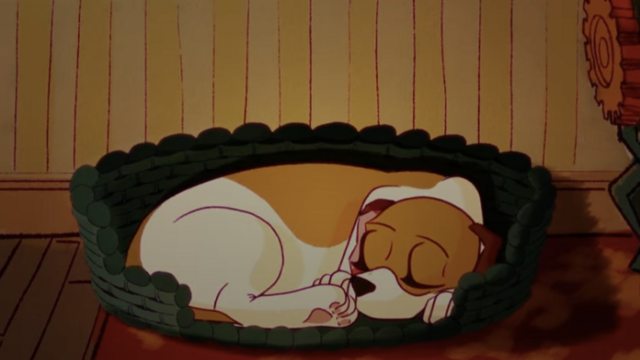 The film is a lovely experiment that ties a contemporary pop culture phenomenon, ASMR, with a night in twentieth century New York. As things unravel in quick succession, we are given a brief, but sufficient introduction to the life of Margaret and George Peabody.

The narratorial development ensconces itself in an ASMR video where the reality is experienced from the point of view of a child who watches his dog sleep, while overhearing the conversation of the adults in the adjacent room. With a wise execution of its approach and idea, the film presents to us a balanced, cohesive whole, that is all along marked by the common thread of skilled storytelling.

Despite the fixed visuals, there is not a moment of insipidity in the plot which, instead, keeps us at the edge of our seats throughout. The tone remains marked by lightheartedness and an omnipresence of humor, despite the dark developments of an explosion and fleeing from the law as the subject matter at hand. When all of this action is coupled with the calming visual of a peacefully sleeping dog, there is indeed little that can go wrong.
Read Less