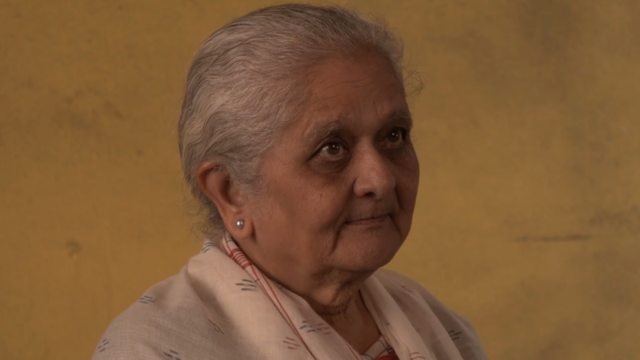 By Jhanvi Gadhvi with 6.8

In a world where despair often seems to reign free and things appear bleak and despondent, stories about kindness and hope gain a renewed significance. The short film is an endearing and heartwarming example of one such story. An old woman, one day, hears her neighbor talking about a sum of money and how Krishna, a Hindu god worshipped by several Indians, has sent it to her in reply to a letter.

Our protagonist thus gets determined to send out a letter of her own, also requesting the god for a small amount of money, to the utmost shock of her neighbor's son who she has roped in to write and post it.

The film has an intimate tone throughout, along with a portrayal of the deep devotion towards divinity and the childlike wonder that people often develop in old age. There is further an efficient utilisation of limited resources to tell a simple, but compelling story with a sweet message at its core. Additionally, Dear Lord Krishna, evidently a sincere and dedicated attempt at storytelling, leaves the door open for more projects of the kind by the young filmmaker, Jhanvi Gadhvi.
Read Less