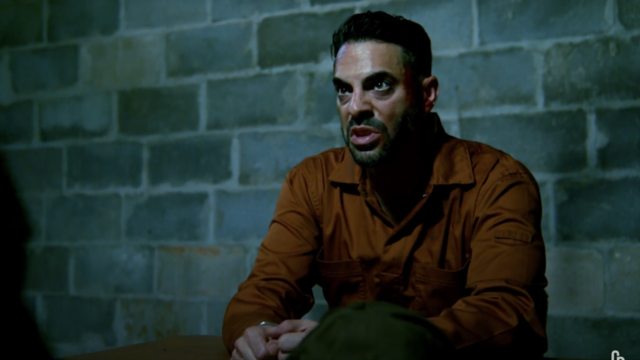 The film titles itself in a manner that sets the horizon of expectation for you even before you have stepped into its world. Consequently, the story becomes about the many sides of a conflict which sometimes can include a sense of unity, homogeneity, and perhaps, peace.

The scene is of an interrogation, an exchange that is taking place after violence inflicted upon Mohammad, a Palestinian, by the Israeli armed forces. As Moshe conducts this interrogation, staggering realizations await both the parties. Notions of revenge, sacrifice, anger and helplessness are roped in during the course of the conversation.

With the progressing drama, the film presents its desires to offer a comment on the cruelty, but also the futility of violence. It further exhibits utilization of limited space and resources to bring to life all of this, in the end, offering a well-intentioned, sincere result.
Read Less