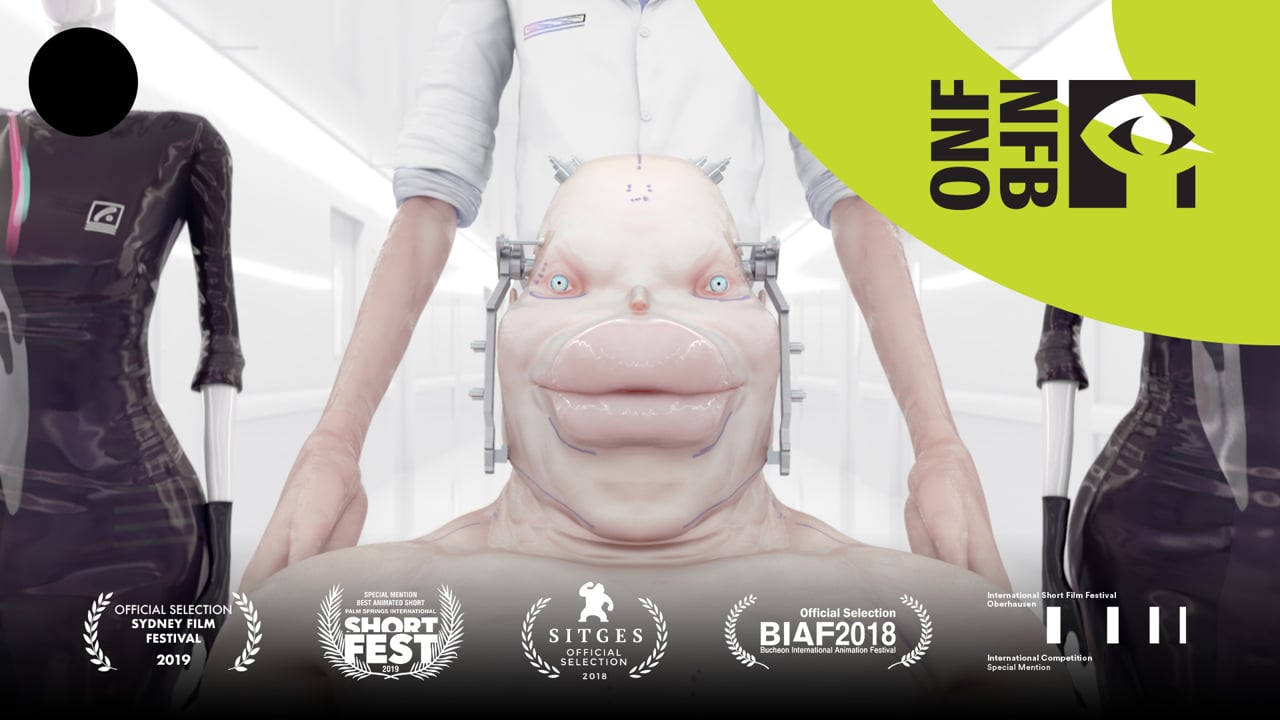 By David Barlow-Krelina with 7.7

The film is sci-fi, satire, surrealism and absurdity all thrown in together. The stuff of nightmares meets a strong commentary on society's fixation with outer appearances, and thus is born Caterpillarplasty. Now it should be clear at the onset that the film is not for those with a weak-stomach. It will disorient the viewer on several levels with its disconcerting elements, portrayed both as a suggestion as well as explicitly through the visuals and sound.

As a proud consumer enters a spotlessly white and glossy establishment for treatments to enhance physical appearance, he is greeted by a attentive man with his unnaturally broad (and unforgettably wicked) grin and disturbingly neat appearance. The narrative further takes it satirical commentary ahead by revealing what it is that the protagonist truly wants and the extent to which he is willing to go to achieve it.

While a massive establishment makes seemingly huge profits, evident by the size of their clientele, a patient here and there might struggle with medical complications. Convulsions in a person next to you? Of course the expert knows which concoction of chemicals to be pumped into their body to ease it, and then draw your attention away from it all. The film holds the mirror to a culture where the supremacy of outward beauty and looks reigns free. As lines between vanity and insanity blur, the film does its bit to adequately communicate to the viewer this particularly grotesque aspect of contemporary society.
Read Less