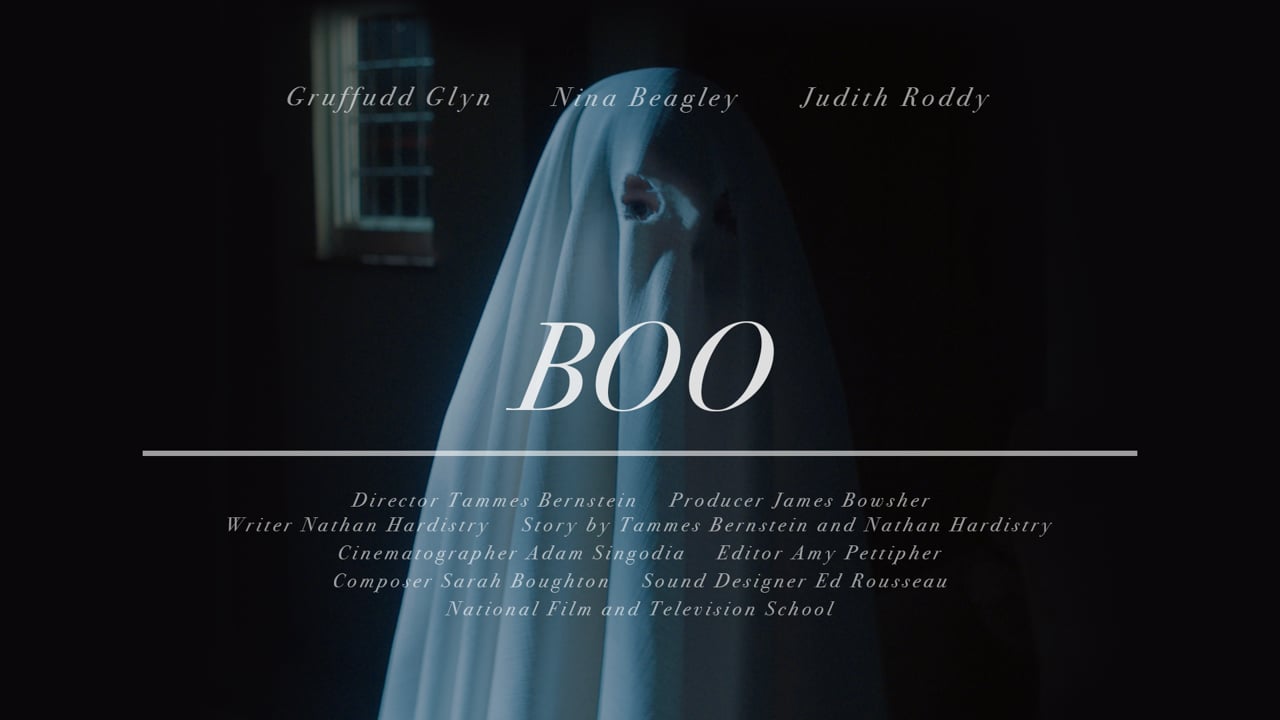 By Tammes Bernstein with 7

Any interaction with death, especially that of a loved one, often renders one changed in a permanent fashion. More so if it comes at an early age, as Boo portrays. The short film takes us into the life of a family which is battling the aftermath of a member's death and the different ways in which it comes to affect them. While grief is a universal sentiment, the manner of dealing with it is highly individual, specific to each person. This becomes the second concern of the film.

When the story begins, it is also the time of Halloween, when we choose to remember the dead and those who have moved on. We even dress up as them, opening our very doors to you and I in attires of supernatural beings on the other side of it. And yet, when death truly arrives at our own doorstep, it's garbed in grief, longing and heartache, unlike the costumes we don every year. The short film is a sincere engagement with the same sentiment, also delineating a child's first exposure to a loved one's death and the immutable nature of such an occurrence. There is a dedicated exploration of the several manners in which the experience can manifest itself in a child's lived reality, and how it goes beyond the simple refusal to take off her Halloween costume of a white ghost even after the evening is over.

At its very start, the narrative is marked by an oppressive silence and a completely still frame. The quiet is deliberately kept overwhelming to the extent of suffusing you with a sense of relief, gratefulness even, when the first signs of music creep into the narrative. This is enhanced further by a frugality of dialogue that works wonderfully in the story's favour. On the whole, the film becomes a conversation with loss and death, and the way it finds itself tied to the innocence of childhood, as well as the endurability of sorrow and the form it acquires in adulthood. Weaving these elements together allows the film to be a coherent narrative presented forth for the viewer's participation.
Read Less