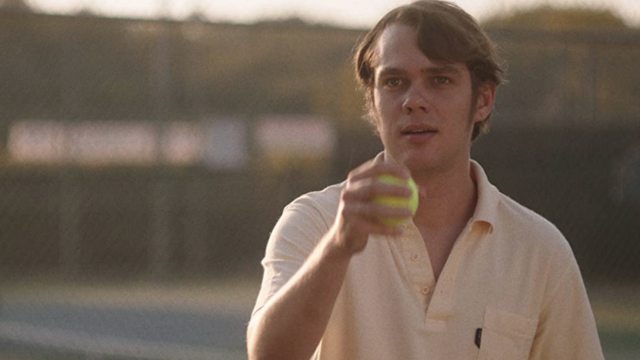 By David Lykes Keenan with 7.2

The title of the film, the very first step that you take into its universe, suggests a sense of fluidity. Consequently, when we are introduced to the 24-year-old Marsh who struggles with his feelings for another man in the closeted society of the eighties USA, it seems like the next logical progression. The narrative establishes a quiet tone and pace for itself right at the start, a calmness that would consistently pervade and mould the rest of the film. Along with the organic pacing, the manner in which the discomfort of a queer man, and his anxieties are brought to life in an uptight world, are handled with elegance while, at the same, raising the question - why specifically was this time period chosen to locate Marsh in?

Director and writer David Lykes Keenan describes it lucidly when he says, "The real story that inspired the film took place in the 80s shortly after I moved to Austin (Texas, USA). Fortunately, the tennis center where it all happened hasn't changed much in 40 years so we shot a lot of the film there. Another important thing to remember is that there was no Internet in those days, no Facebook to search for people, literally no way to meet or contact someone you didn't know and had no way to find." 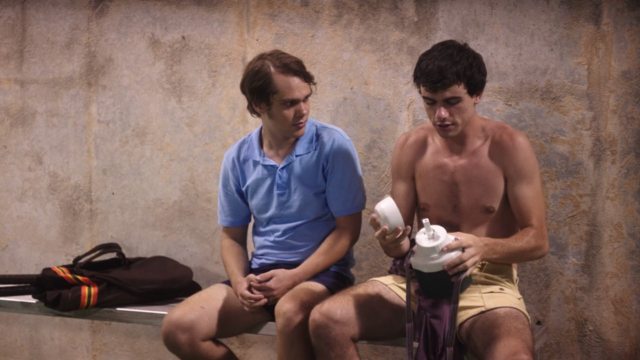 "I don't think this story would work in modern times. My meeting Rich (on whom the character of Rivers is modelled) that night was pure chance. It was one of the most exciting moments of my life. Thrilling even."

Keenan's own personal experience of an unexpected encounter with someone who would later on go ahead to become an invaluable friend found its way into the film and constituted the focal point on which the plot pivots.

"In real life, Rich and I went on to become best of friends. He was the first person that ever knew that I was gay. As it turned out, Rich wasn't. Our friendship was massively bittersweet for me as I learned how heartbreaking unrequited love can be. But looking back, I wouldn't change a thing", adds the director.

It is the same sense of emotional complexity and nuance that Ellar Coltrane brings to their portrayal of Marsh. There is a vulnerability about Marsh which is moving to the extent of making one feel protective of a character who does not subscribe to heteronormativity, has no one to share his experience with, and yet, is fully aware of his desires. At the same time, he exudes a sense of hopefulness about overcoming his inhibitions one day and going after what he truly wants. 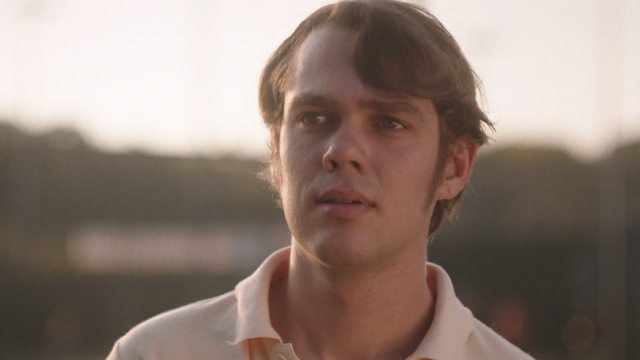 Keenan agrees with the presence of this sense of hope in his film for more reasons than one. Firstly, it is an echo of his own dreamlike experience that gets translated on screen. Secondly, where would life, or even art, truly be without an element of hope to tie it all together?

"I had seen Rich at the tennis center on a few occasions before so I knew he went there. I would go up on the top of the clubhouse where one can see all of the courts, just as Marsh does in the film, to look for him. Hoping against hope that maybe, just maybe, a dream might come true. Ellar played it beautifully. I am so incredibly proud of their performance".

Keenan further asserts, "A life without hope is unbearable", also allowing the thought to find its way into the film's ending which can be interpreted as being deeply hopeful for the viewer who chooses to see it thus.

However, to tell a queer story that is located in the eighties, hope is not the first sentiment one might reach for. And yet, Bodies of Water finds its way to the precise emotion. Keenan adds that it was his intention to leave the ending open-ended. "What was on the slip of paper that Marsh read at the end? I wanted the viewer to imagine what it might be", he says. We might never know the details of the note left for Marsh, but, on the brighter side, it has written on it exactly what you want it to be, or taking it a step further, how you want to believe Marsh' story ended. Would it then be erroneous to accept that perhaps, even if only briefly, our protagonist is allowed a moment of the love and acceptance he seeks?