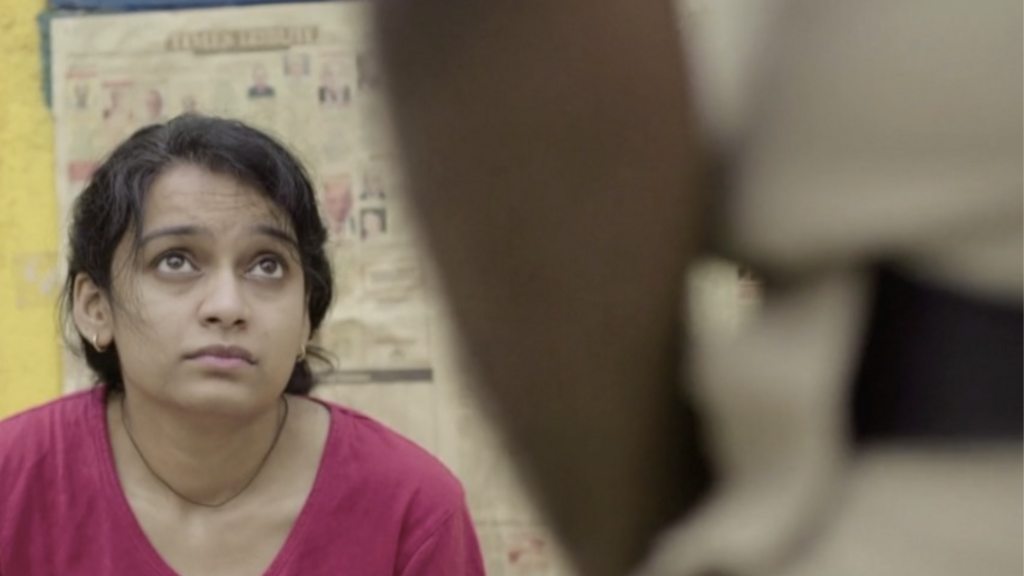 At a teeming platform where people are warned against traveling on the roofs of trains to avoid electrocution, and the overflowing crowd simply steps off a moving train, with little to no concern for their safety, it is evident that the sight has the potential of leading you to innumerable stories. The narrative instead chooses to focus on a single character - the incandescent Bittoo Escobar (even though she would instead prefer the name of a goddess of illusions).

Bittoo's world is constituted by her small, but undeniable presence in a crowded Indian city, where hoardings of cosmetics with air-brushed faces are aplenty. It is a city of 'amazement' parks where the young woman is ready to take on the world. An indispensable part of the fisherwomen community, she is involved in small-time seedy drug deals, surviving with fearlessness and an iron-will until an unfortunate encounter with a cop.

The film allows two parallel plot lines to develop simultaneously, one of Bittoo's exchange with the cop, another about the situations that led her to this point. Both are allowed an existence in a universe which is crowded enough to send you in an emotional overdrive in times of a pandemic, and yet, located at the centre of all the chaos, further presented to you using bright visuals accompanied by a high-paced narrative, Bittoo Escobar stands firmly on her two feet, determined and raring to go.
Read Less