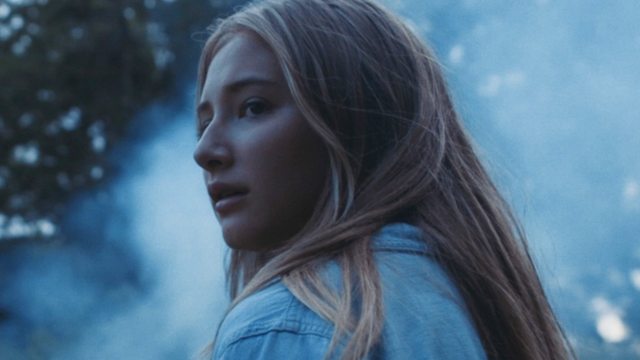 By Lyndsey Stogdill with 6.9

The thematic concerns of ‘Beyond the Yard’ are complex and compelling. It is the story of a mother and her daughter who find themselves especially isolated from the rest of the world due to the ravages of mental illness. The former battles depression and hoarding tendencies, leaving very little space, literal and metaphorical, for her daughter’s existence.

The aforementioned isolation, as well as a sense of emotional clutter, are portrayed using visuals of a house brimming with heaps of discarded things that now lie forgotten. These are coupled with vast outdoors where the daughter is simply an insignificant entity that can be overwhelmed by the emptiness around her any minute.

Along with physical and emotional isolation, loneliness and despair, there is further a subversion of roles where the daughter has become the caretaker. Instead of being allowed a childhood and its effervescence, she has to fill in for the absentee adult in her life. The film endeavors all of this, and some more in its short duration. It would be preferable to see a longer, more slow-cooked version of its characters and their many dynamics for the story to truly come into its own.
Read Less