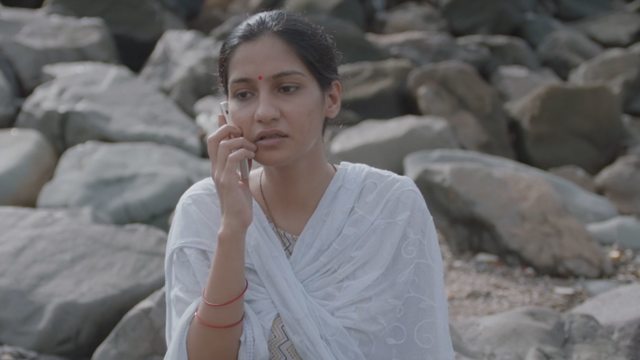 By Vrushali Telang with 6.7

The narrative portrays for the viewer the struggles of a woman to stay afloat and take care of her family in the face of pressing financial trouble. The same is delineated through the course of one day, before she heads out to work as a domestic help, and the unexpected, unfortunate turn the consequent progression of events takes for her soon after.

Bena works for a household that is in the whirlwind of planning their daughter's wedding. However, they are not entirely dismissive of their help's problems who they try to look out for amidst their own preoccupations. Things seem to be working out for our protagonist when, following a fateful series of developments, expensive jewelry goes missing from the house and Bena finds herself in the police's immediate line of suspicion.

The events that follow, allow the film to make a pertinent comment about the many cultural forces and the manner in which they get tied with class in the Indian society. Additionally, there is the suggestion of how the tug and pull of these elements influence and mould the identity of the marginalized, and the extent to which they might be willing to go to secure their social location, especially in the face of dire circumstances. Further, the film exhibits notable visuals and a sincere devotion to storytelling, leaving one with the promise of more similar projects by the team.
Read Less