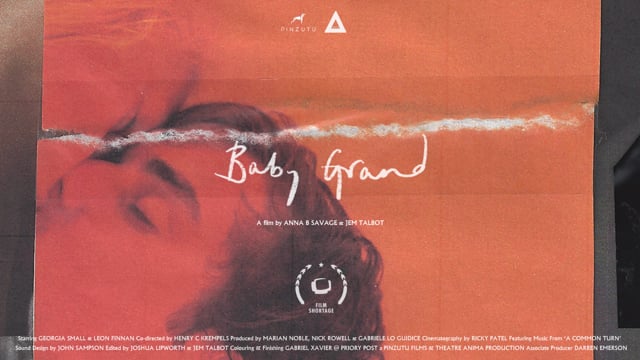 Short Film of the Month April 2022

sotm
The autobiographical documentary, a fairly loose category to define everything that the film offers, introduces us to Jem and Anna, and their relationship which ended seven years before the film begins to explore it.

It is when the two decide to make a film on their shared past, nearly a decade after it seemingly concluded, that 'Baby Grand' begins to stretch its limbs, eventually presenting to you a story about memory, creative reconstruction, past, intimacies, vulnerabilities and how none of these can ever operate within absolutes, always bleeding, merging, and blending into one another.

Consequently, more than definite points, the film becomes a product that is marked by its blurred lines, overlapping boundaries of reality, art, emotions and relationships. Without ever realizing, the viewer is invested in the outcome of this relationship, in the eventual fate of the (former?) lovers. At some point, the cameras and the lights disappear, and you are simply part of a very personal conversation, perhaps even eavesdropping. The film says, “When you recreate memories, you end up recreating feelings too”. It is indeed in this recreation that much of the film’s underpinnings come to take a distinct form.

The characters, remarkable in their own right, are two disparate personalities. The quirkiness and eccentricities of one being offset by the reclusive, quiet body language of another. It is evident how at one point they could have been drawn to each other, and how at another, pushed each other away. 'Baby Grand', thus, becomes a love letter to their former selves, to a relationship that is lost, but not forgotten. It is precisely in this manner that the film ensures that though the relationship in itself is not constituted by anything supremely unique, it’s portrayal and storytelling stays with you long after you are done watching the film.
Read Less