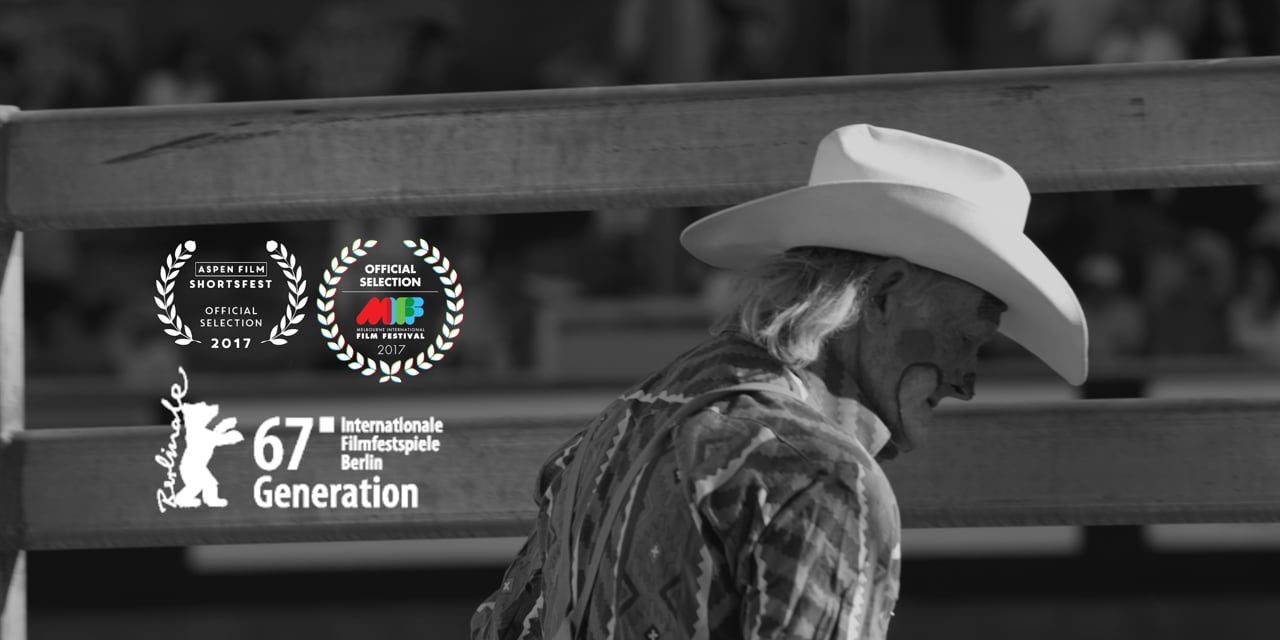 By Nick Waterman with 7.4

The calmness of the narrative would take your breath away, even before we come to its other aspects. It is weaved with a poise and quiet that allows the film to form a deep bond with the viewer despite its short duration. The visuals and the background score further serve to enhance the sentiment. The camera stays while the characters keep moving, the music bleeds into the next scene even when the frame has changed.

The black and white palette ensures that the film is stripped off of any distracting elements that could have potentially disturbed this calm. Using an economy of dialogues in the voiceover that comes to constitute the only words that would be uttered in the film, a powerful experience is invoked for the audience.

The scene is set for a rodeo show in a small town, along with an indelible spectacle the protagonist is about to witness. Through its interaction with his lived reality, the story further raises questions about life, existence and a person's location in a particular place in the world. The film succeeds most wonderfully because it does not attempt to be anything it's already not - an understated, nuanced conversation about the moments that constitute, influence and mould existence.
Read Less