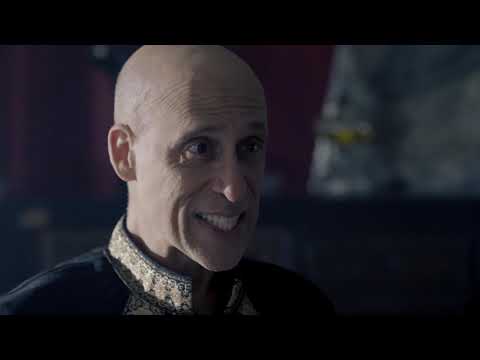 By Rafael Zubizarreta with 6.8

Season 1
Set in the fantastical world of Vanderia, the first three instalments of Windward Spirits map primarily a conflict between the two kingdoms of Brauhn and Gaudrina. As kings and nomad princes (of sorts) fight it out against each other, the story packs a complete supply of drama, violence, bloodshed, betrayal and what could turn out to be an imminent doom of the few characters planning to wage a resistance against the tyrant king of Brauhn, William Dalesdane.

The first episode opens on an interesting note, attempting to immediately grab the attention of the viewer as an emissary from Dalesdane arrives to seek the audience of Lord Garris Hartwill of Gaudrina. The events preceding the meeting include a deal that Hartwill's father Weylan had struck with Dalesdane. Being unable to follow through with it entirely, however, he had met with a horrifying end. The subsequent events thereafter would come to serve as the premise on which the series builds its action.

Soon after, the narrative goes into a high-paced mode with things unravelling and unfolding at a speed that requires the viewer to play close attention to all the details and names. The series is complete with the various elements of fantasy - a betrayed lord, a nomad prince, a tyrant ruler whose swiftly growing power threatens to consume and destroy anything that stands in his way. There are creatures of the night, monsters of the desert and perilous journeys that need to be covered on foot in the face of all of these dangers.

Fantasy is an ambitious genre to engage with and hence the series deserves full-points for embarking on the endeavour, despite its limited resources. However, it could have benefited from refining of certain technical elements. Closer attention to detail would have allowed the story to be more textured and perhaps offer the viewer a more convincing world to dive into.
Read Less