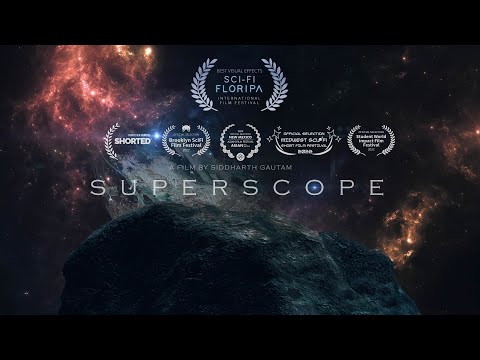 By Siddharth Gautam with 6.5

‘Superscope’ is a sincere, concise story of one night when fates of entire species hang in the balance. A researcher furiously looks for something in the night sky, soon finding himself face-to-face with an astonishing discovery - the confirmation of extraterrestrial existence. As the beings respond to his attempts at communication, tragedy awaits right around the corner.

With a fixed physical space, a sole character on screen and special effects and animation thrown in the mix, the film comes across as a devoted endeavor. It shares its intentions simply by way of visuals, maintaining economy of dialogue.

Even if it takes some generous liberties with the science of it all, the final result shows promise as the establishment of a premise of perhaps a longer project. The team could build on it to give us a deeper glimpse into the life and experiences of the protagonist, and all the adventures that lie in store for him.
Read Less
Extraterrestrial outer space tragedy