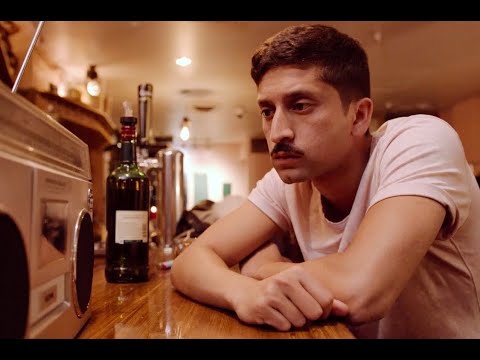 By Rick Shepherd with 7

An empty subway takes you into the world of the film marked by a very strange event that threatens to annihilate the very existence of humanity. Amidst it all is a protagonist, Sunny, confined to a bar with only a dog for company, awaiting the arrival of a friend or colleague. The introduction to the latter is only by way of voice messages, while the former moves from one corner of emotional and physical isolation to another.

The visuals come across as one of the most standout characteristics of the film, along with the efficient use of limited space, and a smooth edit. The performance of the film's sole actor also does a notable job of bringing out the effects of isolation, along with the despair and uncertainty of waiting.

In the process, Last Call becomes a unique, engrossing union of a joie de vivre vibe with an apocalyptic reality. The union can perhaps even serve as a disconcertingly lovely metaphor for contemporary existence. On the whole, the visuals and performances triumph over the other elements in the film, not because the rest are any less, but because these two are specifically skilled. It would be interesting to see the short film developed as a longer, more cohesive narrative.
Read Less